A group of animation students from the Universidad Pontificia Bolivariana (UPB) in Medellín exhibited their Virtual Reality (VR) project last Thursday. Sleep-deprived from several all-nighters, but beaming with pride nonetheless, they spoke with The Bogotá Post about the fruits of their labour and the exciting prospects on the horizon for VR technology.

Since the release of the PlayStation VR in late 2016, most people associate VR with video gaming. However, the same immersive qualities which lend the technology to first-person shooters can also be utilised for educational purposes. It is this potential which the group of UPB students sought to unlock in their final project. The VR technology transports the user to an alternate Medellín, where they are immersed in fictional stories that teach science, history and culture.

Paulina Perez, age 19, and one of the team coordinators, went on to say her favourite animation was El Ratulio y el misterio de la torre (‘The Ratulio and the Mystery of the Tower’), in which a curious rodent takes on the role of an investigator, accompanied by his sidekick. Their mission is to explore the tower which houses the first telescope to ever arrive in Medellín.

The user accompanies the duo as they hide in a vase which is then carried by an unsuspecting giant of a man. In the virtual simulation, the user looks on as the gentleman puts the vase down right next to the telescope itself. After scrambling out of the vase and getting closer to examine the giant apparatus, Ratulio, the simulation’s protagonist, and the user are drawn into the telescope and then blasted into what resembles a planetarium with a 360 degree view.

Lesly Gómez, age 19, who helped in the visual side of the productions, explained how VR is currently in its early stages, but that its immersivity has very wide-ranging potential. “It can easily be used for so much more, to help with healthcare, for example,” she said.

An article written by VR and AR production company Visualise explains how the healthcare industry has already taken the first steps to employing VR. Trials have shown how full VR immersion for those receiving physical therapy after a skin graft can act as a distraction from pain to ease the healing process. In treating mental health, VR can also be used to recreate traumatising events which are at the root of conditions like PTSD.

Although the VR and digital technology sector is typically dominated by men, the UPB students were optimistic about the role women could play in the development of VR. Another member of the team, Sofia Osorio, aged 19, explained to us that stigmas over women entering such fields are being undone. “I am optimistic that soon there will be a fairly even amount of women and men both in video games and VR.”

With regard to the current composition of the industry’s workforce, Sofia was unperturbed by how few women there were. “It’s not a question of there being very few women [in the sector], it’s more a question of ‘if I want to get into this and I have the passion and education to do so, the space is open for any person, male or female.’”

VR technology presents a myriad of possibilities in diverse sectors and is still in constant development. It therefore comes as no surprise that all students involved in the project, both boys and girls, are excited to be part of the first generation which is learning how to sustain the  evolution of VR technology and explore its potential uses. 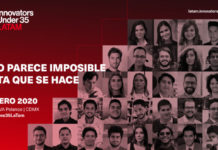 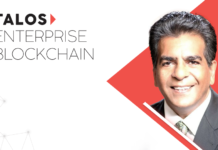 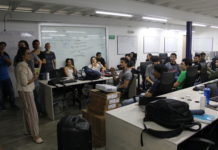 Holberton School Medellín: Training the next generation of software engineers