Get to grips with wordplay as Oliver Pritchard takes things in a puns direction with some light-hearted language learning.

Many people study English for purely practical reasons. This is understandable, but it’s a bit sad too. After all, why not enjoy the language too? Like all languages, there is joy and fun to be had by exploring a bit.

There is of course poetry and song, both of which play with language and experiment with the use of words. Then there are jokes, which are often based entirely in language and sometimes change the meaning of words – which is why humour is so often country-specific. To close 2016, we’re going to look at how you can play with language for jollification or creativity – and anger our dear layout man Mike, who hates us using puns and alliteration especially.

A pun is where you change the spelling or structure of word or phrase, combining it with another word. Or where you exploit words that sound alike but have different meanings.

Sometimes it’s not necessary to change the spelling, but there will always be an emphasis on the new word. For example, ‘cat-astrophe’ to describe some sort of disaster involving cats, or ‘Give peas a chance’ describing vegetables. The famous phrase is “Give peace a chance”, but as peas and peace sound very similar, it allows us to make a joke.

This is often said to be very silly and a bad way of writing. It is, however, very important and you will see it in many English language media sources. It’s especially popular in headlines. It is, simply, putting many words in a row so that they have the same starting letter or sound. Think of famous companies such as Coca Cola or films such as the Fast and the Furious.

We use alliteration a lot in natural English, and so you will see it in basic collocations such as absolutely awesome, instead of totally awesome etc. Other examples of this include laugh out loud (lol), gas guzzler and daredevil. It’s hard to know exactly why this is so popular in English, but it’s probably due to the rhythmic nature of the repeated stress.

For language learners, it can be fun to try and construct long alliterations. Try testing ten tutors to train two test takers.

These are phrases that are the same backwards as forwards. For example, the band ABBA is a palindrome (A-B-B-A) and even has a palindromic song (SOS). A lot of fun can be had making palindromes although it is very hard indeed, especially full sentences. A famous example is, ‘A man, a plan, canal, Panama!’ There have even been two palindromic novels.

Like their Spanish cousins the trabalenguas, these are phrases designed to be repeated many times. Of course, for students these can be very useful ways to practise difficult sounds.

Try repeating ‘Red Lorry, Yellow Lorry’ at speed and you will quickly start getting into trouble! When you are more advanced, try more complex phrases like ‘Peter Piper picked a peck of pickled peppers’, or ‘How much wood would a woodchuck chuck, if a woodchuck could chuck wood?’

These are when you put the letters of a word or words in a different order to make a new word or phrase. For example, Public Relations can be re organised as ‘crap built on lies’ or soccer player as ‘score, leap, cry’. Try arranging the letters of your name and see what interesting phrases you can make.

This is where you have words that can mean two things – often with one meaning that’s a bit cheeky or naughty. Think of them as like rude puns, or rude plays on words. They are particularly popular in the UK, with its often childlike sense of humour. For example, it’s quite common to see the word ‘hard’ used to refer to something difficult or an erection. Ironically, the phrase in English comes from French, but it’s not actually the phrase the French use.

These involve changing the starts of words to make a rude phrase less rude. It’s often used to get things on to TV, or to confuse children who don’t understand rude words. Perhaps the most famous example is the British comedy character Cupid Stunt. It’s also quite common to play with the autocorrect function on phones – duck off is a more gentle way of swearing at someone, but they should understand it, unless they’re a complete aunt!

So, why not think about how to use your English with a little bit more fun? It can be very rewarding and really change how you use language. It might help you understand more humour and even allow you to make your own jokes!

After all, I was originally intending to write a script about language, but it got too long, so it ended up being a play on words! Get it? No? Oh, please yourselves then. I’ll leave you with one of my favourite ever headlines from an English paper: ‘Big mast debate’. Read it aloud, and you should see why it’s funny. 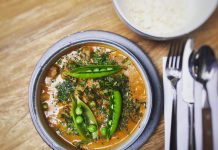 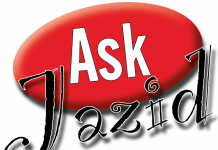 To kiss or not to kiss? 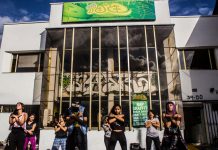