Whether on foot or by bus, Katie Jacoby gives you all the vocab you need to get around Bogota

A few issues ago we looked at how to talk to a taxi driver. This time around, we’ll consider other modes of transportation and relevant must-know vocab. Whatever your preferred way of navigating this sprawling city, you can now consider yourself covered language-wise.

The most beautiful form of transportation is that which requires no accessories or motors: your own two legs! Bogota, like most large, dense urban centres, is ideal for getting around on foot. The word for a pedestrian in Spanish is un peatón, and you’ll also see this word in the word for a pedestrian bridge: un puente peatonal. Most walking takes place on pavements or sidewalks, naturally, and while most Spanish-speaking countries call a pavement una acera, here in Colombia it’s un andén. Un andén is universally a train platform, and that works here in Colombia too, although it’s something you’ll hardly need to use as Colombia has almost no train network.

To walk is caminar, and other, more colloquial ways of saying that you’re going to walk include ir a pie, ir a pata, or even ir en Dodge . . . patas. (A play on words for dos patas, which makes it sound like you came in a car.)

The pedestrian life is not without a few pitfalls, however: namely, the potholes that plague this city. Potholes are simply huecos, or holes. And with another danger being the city’s unpredictable drivers, make sure to cross the street at the crosswalks, las cebras, whose white stripes make them look like zebras.

Now here’s a word you might hear if you get someone talking about one of the many legacies of the former mayor Enrique Peñalosa – bolardos. In English, they’re almost identical – bollards. They’re the short posts bordering pavements so that cars don’t park on them, which used to be a major problem here.

If you choose to go by bicicleta or bici, you can count on hundreds of kilometres of ciclorutas and, of course, the Ciclovía on Sundays and holidays.

Now, a word or two about roads themselves. Calles run east to west, and carreras run north to south, though major streets or diagonal streets can also be avenidas or diagonales/transversales, respectively. Vía is a more general word for road and street, and calzada is a formal word you might hear or read in the news. One word that’s really useful is the word for a lane, as in to change lanes: carril. (Ferrocarril is a railroad: ‘iron lane’). A one-way street is una calle de un solo sentido, and to go the wrong way is ir en contravía. A dead end is una calle sin salida.

Many people travel Bogota by bus. The traditional buses are divided into buses, busetas, and colectivos, though bus works just fine as a general term. Colectivos are those tiny van-like ones you can barely stand up in. One informal term for the buses of old with enormous snouts was cebolleros, with theories about the name ranging from the merchandise riders typically carried with them (cebollas, or onions) to their aroma. Being able to read the tabla with about twenty names on it as the bus whizzes by can be a point of pride for foreigners who’ve been around for a while, but you’re probably not a true local until you know how to pedir linche: getting a driver to take you and a friend for a discount by going through the back door.

The non-traditional buses are the new blue SITP buses and the red Transmilenio buses, with the TM system consisting of various troncales which are the main lines that connect portales. The buses can be called articulados or simply buses, and the green feeder buses are the alimentadores.

A huge problem which has taken up a lot of recent headline space is the problem of los colados, the people who don’t pay the fare.

Finally, if you’re one of the roughly 20 percent of Bogotanos who owns a car, you’ll already be familiar with Bogota’s traffic regulation system, called pico y placa, which combines hora pico (rush hour) and placa, (license plate). You’ll even see this terminology used by some cell phone providers and other entities, who offer a discount based on the day and the last number of your phone number.

Armed with all this vocabulary, I know you’ll want nothing more than to just callejear around Bogota’s streets, callejear meaning to wander, to stroll, to just generally be out and about. Enjoy!

Katie Jacoby is a Spanish-English translator and has been in Colombia for 3 years. Feel free to leave her a comment or ideas for future columns on her language website, vocabat.com. 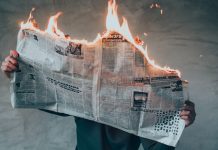 Wrong use of Spanish language in the media: Don’t get me wrong 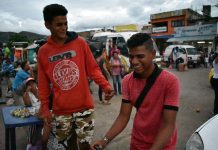 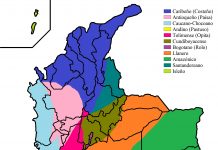