An early estimate has been made today into the environmental damage caused by closing the floodgates to troubled dam Hidrotuango. In a press release issued by EPM, the owner of the project, the energy company stated that 12,300 fish had died as a result of precautionary measures carried out on 29 January.

It has been estimated by EPM that a total 228 kilos of fish died during the emergency procedure. The vast majority (96%) of fish were a species of freshwater fish, Astyanax microlepis (pictured below), which is abundant but unique to the Cauca river. Commonly referred to as ‘sardinas‘ in Spanish (not to be confused with sardines), the species is sensitive to depleted levels of dissolved oxygen in the water. EPM stated in their press release that “the company is progressing in the adaptation of an oxygen injection system that it hopes to put into operation as soon as possible.”

The numbers provided by EPM have not been confirmed independently but the company has resolved to form a panel of experts from the Universidad de Antioquia and Universidad Nacional to determine the causes of the deaths.

The river Cauca is Colombia’s second-largest and a vital lifeline to thousands of people that live along it. It saw its water levels recede when EPM closed two of the dam’s floodgates a fortnight ago as an emergency precaution. As a result of water levels receding, many fish were caught in oxygen depleted pools or along the dry river bed. The floodgates were opened once again last week in an attempt to normalise river flow in the river Cauca.

The embattled company EPM, owned by the Department of Antioquia, has been on the charm offensive since troubles first began at the dam site due to localised tremors and resulting landslides (see photo above). Today they have continued to praise their staff on social media for providing safe drinking water to more than 74,000 people.

The company is also now ensuring that the dam is stable and water levels are slowly returning to normal.  EPM director Jorge Londono has continually stated that closing the floodgates presented an “ethical dilemma” and said that human and environmental consequences take priority over the viability of the project.

This latter claim, however, appears at odds with the company’s most recent decision to participate in an auction whereby it could bid for power supply contracts and ensure the project remains on track. Originally intended to open in November 2018, the company now claims that it will only be operational in 2022.

“EPM will participate in all commercial mechanisms that allow this plant to be put at the service of the country and guarantee the financial sustainability of the project.” EPM said in statement released on Friday.

Groups fighting for those affected by the river continue to call for the project, which aims to generate 16% of Colombia’s electricity, to be discontinued. Rios Vivos, a prominent group in the region has been the most vocal in this demand saying in a tweet today that “we demand that the Environmental License be canceled. That the precautionary principle be assumed and the dam dismantled”.

Thousands have been displaced from their homes as result of the dam’s faults in a historically troubled region that was previously affected by FARC guerrillas as well as environmental consequences stemming from illegal mining. 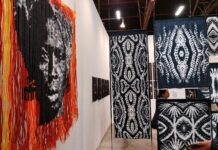 ArtBo 2022: Everything you need to know about the fair 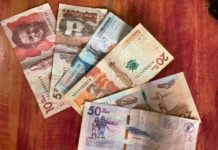 The almighty dollar and the Colombian peso 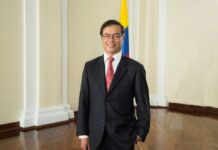