The Colombian capital is perhaps not the first city you’d look for an expert Irish fiddle (violin) player. In fact, it would probably be one of the last places you’d expect to hear the music of the Emerald Isle.

Yet Fontibón-born Giliann Gonzalez, who taught herself how to play the instrument, is the only Colombian to have taken part in the Fleadh Cheoil, a huge traditional Irish music and dance festival and competition.

Often referred to as the Super Bowl of Irish music, the event brings together the most talented traditional Irish musicians, a group that Giliann can justifiably claim to be a part of.

Speaking to The Bogotá Post, she explains: “I first heard about it in 2012 from an Argentinian friend who is an Irish dancer. He told me that if you get good enough, you can make it to the festival. I like challenges, so […] I started practising a lot and eventually, in 2014, I made it to the Fleadh for the first time. I never cared a lot about winning or not, just being there as part of the best of the best felt awesome.”

The route to this holy grail of Irish music was certainly not a common one in Giliann’s case. Surrounded by the sounds and rhythms of the numerous musical genres of this country, you might have expected a musician from a modest family in Bogotá to end up playing in a cumbia or salsa band.

Not Giliann. “When I was 13 years old, I saw Riverdance [Google it… Ed] on TV and my mind was blown. There was something about that music and dance that made me feel weird, but good weird. I have been obsessed with Irish music ever since.”

This is an obsession that has grown the more she has discovered about the genre, as she explains: “The music that most fiddlers play nowadays was written during the 1700s and up to the first half of the 1900s, which were very hard times for Irish people. It’s remarkable that they wrote all of those merry tunes in the midst of times of famine and war, and that’s one of the things I love about Irish music.”

But it’s not easy to find an Irish instrument, let alone someone to teach you how to play it, in Bogotá. “I got my first fiddle as a present when I was 18”, she tells us. “A friend gave me a Celtic music CD […] with two Irish tunes on it, so I spent hours and hours beside the CD player listening and trying to play the tunes. Soon after, when the miracle of internet arrived, I was able to study Irish music with YouTube tutorials and research a lot more about Ireland and its music and culture.”

After busking on the streets of Bogotá for six years, she began to gain recognition and was hired by interested passers-by for parties and weddings. She eventually formed a band, The Shamrock Wings, which played across the city’s Irish pubs, before making two appearances on Colombia’s Got Talent in 2012.

This slightly unorthodox trajectory to the Fleadh is testament to her dedication and hard work, and she was by no means there just to make up the numbers.

She tells us: “It was quite scary – there’s a lonely chair in the middle of a stage with loads of people looking at you, and the three judges just one or two metres away. I suffer from stage fright so you can imagine how hard it was. But people were very kind and cheered a lot every time I finished a piece.”

The participants, though mainly from Ireland, also hailed from the US, Scotland and Canada. Giliann was the only South American representative.

“In general people were shocked when I told them where I am from after they heard me playing, especially people in Buncrana [Ireland] – the small town where I spent the summer last year. They had never seen a Colombian before, let alone a Colombian girl playing Irish fiddle!”

Giliann plans to take part again in August this year, but admits this may well be her last participation: “I do love entering competitions as the pressure brings out the best material I can produce, but sometimes the pressure is too much.”

However, that’s not to say she’s done with dreaming big, as she explains: “My main goal is to perform in the big festivals in Europe, such as Celtic Connections in Glasgow and the Inter-Celtic Festival of Lorient in Brittany.”

And what of the possibility of Colombian-Irish fusion music?

“It can definitely work. There’s a Scottish band called Salsa Celtica. As the name suggests, they play salsa with Scottish tunes and the result is brilliant. If I had the money to put together a Colombian cumbia orchestra with an Irish music band, I would definitely do it. It would be amazing.”

Now there’s something I’d pay a pretty penny to see.

You can see Giliann play live most weekends at any of the three locations of The Pub (Usaquén, Candelaria or Zona T). For St. Patrick’s Day she will be performing at The Monkey House Usaquén on March 19. Search YouTube for ‘Giliann Gonzalez Irish fiddle’ or get in touch with her for more information – [email protected]. 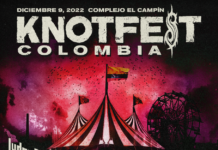 Get knotted at Knotfest 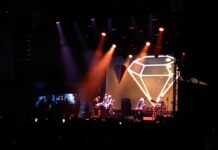 The Strokes, Fatboy Slim and LP: How this year’s Estéreo Picnic went down 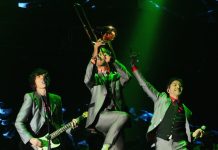