Home In This Edition Attorney General Ordóñez ordered out

Colombia’s controversial Attorney General Alejandro Ordóñez has been removed from his position.

The state council ruled on September 7 that Ordóñez Maldonado’s re-election to Attorney General in November 2012 had been illegal, triggering his immediate departure.

The contentious prosecutor had just three months remaining, having already served the majority of his four year mandate.

He has gained a reputation for his far right and religious views, and has proven a staunch critic on issues such as abortion, euthanasia, LGBTI rights and the peace process.

In what observers are calling a ‘presidential speech’, Ordóñez told reporters that he would not appeal the decision.

“I’m a statesman, defender of the institutions. I don’t agree with the decision but I respect it because it comes from one of our highest courts, of which I also served as judge”.

A long-standing critic of the peace process, he quipped, “The first pact of Havana has just been completed: the expulsion of the Attorney General.”

With 14 votes in favour, the state council announced that its decision was based on three anomalies. Firstly, that his re-election should not have been allowed because there is technically no law that allows for Attorney Generals to serve a second term. Since it is such an influential position, allowing any person to hold office for more than one term would create an unconstitutional imbalance of power.

Furthermore, it stated that of the 80 members of Congress who re-elected him, 59 had conflicts of interest. Finally, the council ruled that the shortlist of candidates for the position had not been adequate.

The original lawsuit challenging Ordóñez’s re-election was tabled in January 2013 – just months after he had been voted in for a second term. It then took over three years of legal wrangling before the state council overturned his appointment last week.

During his time in office, the former judge has been both criticised and admired. At times he has been applauded for tackling corruption, at others he’s been accused of pursuing his own political agenda.

He certainly took on the Attorney General’s responsibilities of disciplining those in public office with zeal, prosecuting 11 senators, 5 chamber representatives, almost 100 governors, over 1,500 mayors and over 1,00 councillors. The majority of those actions took place during his first term, and marked a dramatic increase compared with previous procuradores.

No case attracted more headlines than his crusade against former Bogotá mayor, Gustavo Petro. Ordóñez impeached Petro in 2014 on the grounds that his failure to reform the capital’s rubbish collection system amounted to grave misconduct. However, Petro was later reinstated after the high court ruled that Ordóñez had acted beyond his authority.

And while various civil society groups (including LGBTI members and animal rights protesters) will take part in a farewell party for Ordóñez on September 13, it is not the last they will see of the former Attorney General.

Political analysts observe that Ordóñez will use the State Council ruling as a means of rousing support for the “No” campaign during the plebiscite for the peace with the FARC, and that ultimately the ex-procurador is already laying the groundwork for a 2018 presidential campaign. 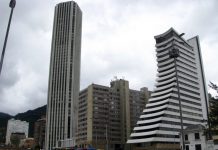 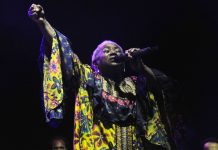 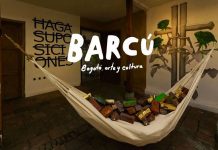 Bogotá Art Week: My art will go on