Millonarios, one of the country’s biggest clubs, has reached the end of a difficult week in which the board decided to fire sporting director José Portolés. The club, currently struggling with financial problems, hired the Spaniard as sporting director in October 2013 for three years. The goal was to improve the club’s youth development policy and get Millionarios back into a position to challenge for the title.

The marriage had just come out of its honeymoon phase when rumours surfaced. Before the World Cup in Brazil, sources close to the club leaked that Portolés hadn’t been doing anything with regards youth development. Accusations of bullying were heard on multiple occasions. The rumours, added to a paycheck that was higher than that of every other employee – including players – were enough to cause serious discontent among the board.

Then, at the start of this season, the situation escalated. After the match against La Equidad, Portolés ended up shouting and swearing at the club president in the tunnel. The tension became a ticking time bomb and in an emergency meeting on August 12, Portolés got his marching orders.

Unfortunately for Millonarios, the story doesn’t end there. Manager Juan Manuel Lillo – brought in by the sporting director – had previously stated that he would walk if Portolés was fired but the Spaniard has decided not to resign for now.

On top of this, the financial fiasco could get even worse as the lump sum pay-out for Portolés is estimated to be more than one million Euros. Millonarios is trying to use the allegations of bullying and abuse levelled at the Spaniard as an excuse to avoid paying this sum, but whether this will hold up in court is yet to be seen.

As the telenovela continues, an important international competition looms in the form of the upcoming Copa Sudamericana. The team faces the difficult challenge of bringing the focus back to football. 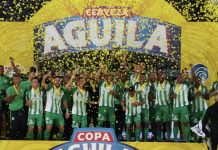 Colombia’s Most Valuable Beer Is Actually…Belgian 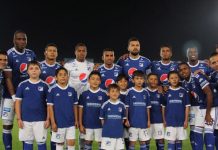 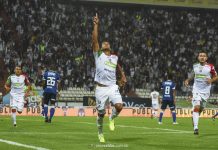